Those of us who have had an eating disorder know firsthand that while recovery is possible, the road can sure be difficult. The eating disorder voice is powerful and can make people do and say things they otherwise would not express if their bodies and minds were in healthier places. A woman who is struggling mightily to recover from anorexia nervosa posted on a message board criticism of her treatment team for saying that being “too thin” is problematic while being “too fat” is okay. Does she have a point?

The treatments for someone who is “too thin” versus “too fat” are actually more similar than some people realize. In both cases, the etiology of the person’s size matters as well as whether or not the origin is pathological.

For example, consider two people, each of whom is “too fat.” One person has a healthy relationship with food and physical activity, no significant medical or psychological issues, has always been “too fat,” and comes from a family of people who are of similar builds. Meanwhile, the other person is “too fat” due to binge eating disorder. The former receives no treatment while the latter receives treatment for his eating disorder, not his body size.

Now consider another example of two people who are both “too thin.” One person has a healthy relationship with food and physical activity, no significant medical or psychological issues, has always been “too thin,” and comes from a family of people who are of similar builds. Meanwhile, the other person is “too thin” due to anorexia nervosa. The former receives no treatment while the latter receives treatment for his eating disorder, not his body size.

[Note: Anyone of any size can have an eating disorder, including some “too thin” people who experience binge eating and some “too fat” people who restrict. In reality, we never completely know what struggles someone might have just by looking at them.]

In both cases, whether one is “too fat” or “too thin,” any treatment is targeted at the underlying pathology, if one is present, not at the body size itself. However, for the person who is “too fat” due to binge eating disorder, we let the person’s weight take care of itself as they progress through treatment, as opposed to focusing on the weight. He may or may not lose weight as his disorder subsides, but altering his body weight is not the goal for two reasons:

(1) While being “too fat” is associated with an increased risk of medical woes, causal relationships have not been established, contrary to popular belief. In chapter six of Health at Every Size, Dr. Linda Bacon does an excellent job of explaining the correlations between body weight and the conditions for which weight is often blamed.

(2) While our bodies are relatively adept at gaining weight, they are resistant to long-term weight loss. In other words, interventions aimed at lowering body weight are most likely to result in ultimate weight gain, so in that sense even if the patient’s weight itself is the problem, he is only likely to exacerbate the condition by trying to lose weight.

In contrast, for the person who is “too thin” due to anorexia nervosa, weight restoration is an important part of his recovery. When someone becomes unnaturally thin due to restriction, overexercise, or other disordered behaviors, the body sheds not just fat mass, but also bone structure and tissue from organs, including the brain.

Dr. Ovidio Bermudez, Medical Director and Chief Medical Officer at the Eating Recovery Center, a behavioral hospital for children and adolescents, gave a talk at the 2014 Hynes Recovery Services conference in which he explained, “As a young girl starves herself, or a young man starves himself, and they knock off their sex steroid production, one of the important aspects of that, one of the downstream consequences of that, is that they may also be unintentionally impacting very important aspects of brain development, including neuronal growth.”

When discussing recovery, Dr. Bermudez noted that brain atrophy can be documented just as we can document bone demineralization, and then he continued, “If you stay underweight, your brain size does not recover. So you have to really normalize your weight in order for your brain size to recover.”

Dr. Kim Dennis, former Medical Director at Timberline Knolls Residential Treatment Center and current Medical Director at SunCloud Health, presented at the same conference and explained further, “When a patient with anorexia also says they’re depressed or a parent says they’re depressed, many times that’s not depression. That’s simply what looks like a mood disorder, but it’s based on the fact that their frontal lobes are shrunk, they can’t display affect, they have lower levels of neurotransmitters in their brain, and the cure to that, the treatment to that, is not necessarily Prozac, but it’s food and refeeding.

“Many times patients with anorexia really, really value their brains, and a lot of times you’ll tell someone with anorexia, ‘You’re not thinking straight because you’ve lost neurons. Your brain looks more like a 60-year-old with early dementia than an 18-year-old.’ And they’ll say, ‘I know a lot of anorexia patients might look that way but my brain doesn’t.'”

She then referred to a slide showing a brain with reduced volume due to restriction side by side with a healthy brain. “It’s important for us [clinicians] to realize when we’re working with a malnourished, underweight patient that there’s no amount of CBT (cognitive behavioral therapy) or DBT (dialectical behavioral therapy) or trauma work that’s really going to be effective unless that person’s brain is regrown first. So, first and foremost, food is medicine.” 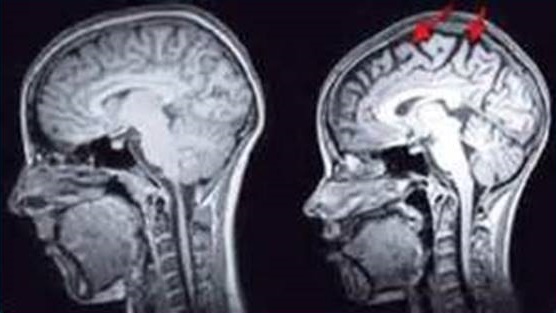 Sometimes patients ask me to differentiate how my role, as a dietitian, differs from the roles played by other practitioners on their treatment team, namely their therapist. Oftentimes, I explain that eating disorders are mental illnesses that get played out through food. My role is to provide nutritional support during the early stages of recovery and then to help someone form a new and healthier relationship with food as the eating disorder recedes, but the bulk of the recovery happens in the therapist’s office.

For the reasons that Dr. Bermudez and Dr. Dennis explained, the brain cannot rebuild without weight restoration, and without an appropriately functioning brain, therapy – and therefore eating disorder recovery – becomes that much more of an uphill battle.