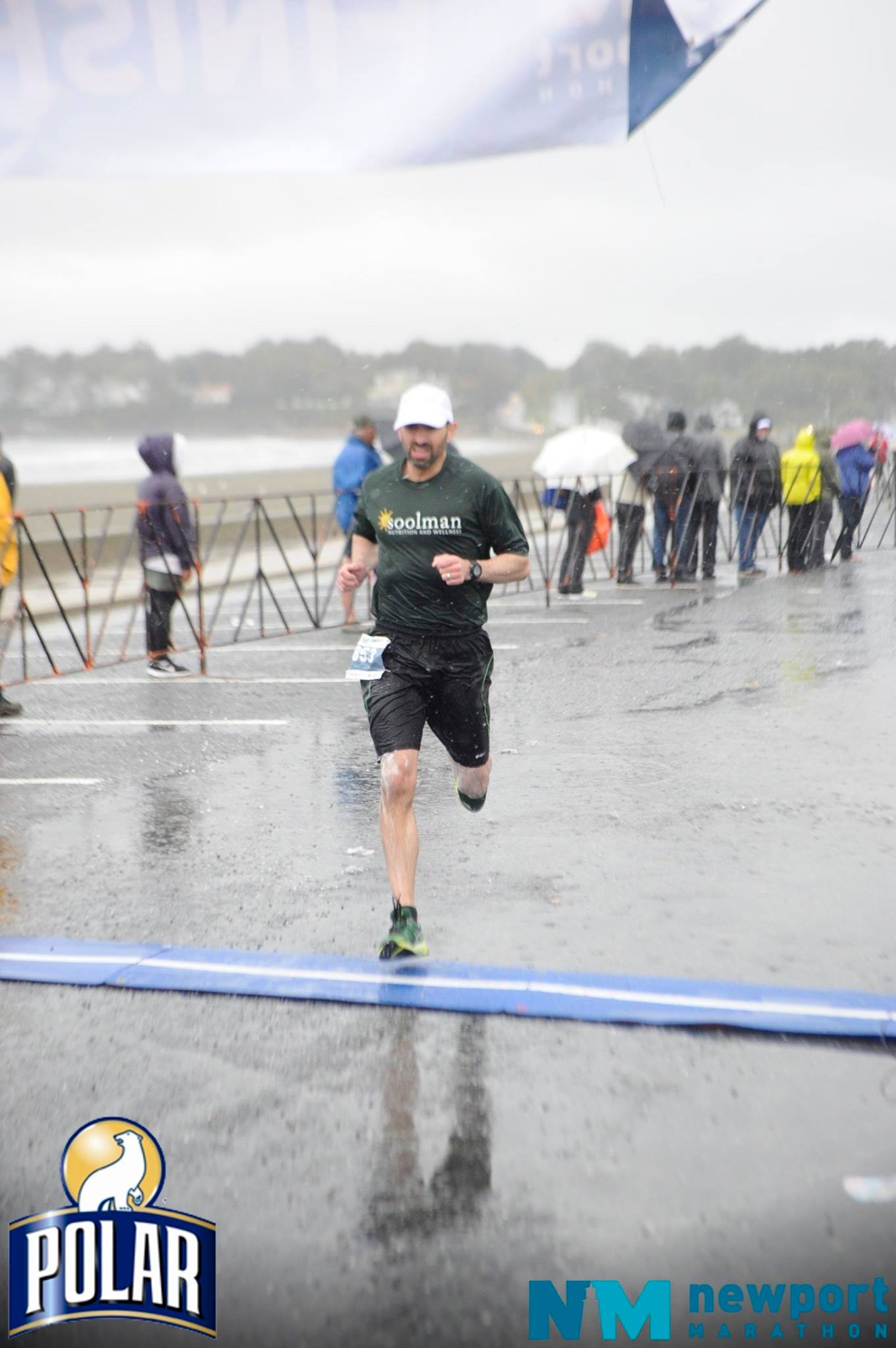 Exactly 941 days after my first spinal fusion and 472 days after my second, I drove west to play a match for my old Amherst-based United States Tennis Association (USTA) team for the first time in a decade.

Over those 10 years, and particularly in the last two as I recovered from my operations, I dreamed of reuniting with them and wondered if it would ever actually happen. Intellectually, I thought it might, as my surgeon was cautiously optimistic about my chances of playing competitively again. My physical therapist was more guarded, however, particularly because the failure of my 2014 surgery reinforced that medical outcomes are rarely guaranteed no matter how certain they may seem on paper. So while in my head I thought I might compete again, in my heart I never really let myself believe it for fear of crushing disappointment.

The team roster has undergone some turnover since I last played for them in 2006, but many men still remain from my first stint and it sure was great to see them again. “You haven’t changed at all!” one of them declared. Well, on one hand, I think of the transitions I have experienced in the last decade: no longer a student, now a licensed healthcare practitioner; no longer an apartment-dwelling bachelor, now a husband, homeowner, and business owner; no longer a spry 20-something, now a balding guy in the twilight of his 30s with three back surgeries under his belt.

On the other hand, I felt at home again, just as I had before, that much was constant, and I think my teammate could see it in my face. If anything, I felt even more confident walking onto the court now than I did back in the day. Just returning to the team was in itself a victory, so whatever else I happened to achieve in the match was a bonus.

Confident and relaxed, I took advantage of an opportunity a decade in the making and destroyed my opponent 6-1, 6-0. As I quipped to my team captain, “Those 10 years of rest really helped!” Most importantly, my back felt great before, during, and after the match, which was particularly noteworthy considering what my body went through just six days earlier.

My surgeon cleared me to resume running in January and I quickly ramped up my training enough to complete a 10-mile race in late February, but subsequent pain suggested that sticking to shorter distances was probably in my best interest. As the spring progressed, however, I was able to comfortably go for some longer jogs, which had me wondering if running the Newport Marathon in October might be possible. In July, my surgeon reversed his stance on long-distance running, gave me his blessing, and told me to go for it.

Go for it, I almost did not, as I nearly backed out several times on the morning of the race. As recently as two days earlier, I was excited for the event and did not feel the slightest bit nervous, but in the final hours I was sad and anxious, eerily similar to how I felt on the mornings of my surgeries. Driving south on route 24 before dawn, I thought about how easy it would be to take an exit, any exit, turn around, head north, and crawl back into bed. Just continue on to Newport, I told myself. Do not make a decision about the race yet, just drive to Newport, park, and reevaluate.

The parking lot near the starting line was still pitch black when I arrived, and torrential rain and raging winds, the extension of Hurricane Matthew that reached New England, pummeled me as soon as I stepped out of my car. Retreating to my vehicle, I considered pulling out of my space and driving home. Instead, I paused to take a deeper look at my anxieties, which mostly centered around getting sick or injured, and reminded myself of the strategies I had formulated to avoid disaster and maximize my chances of a great race.

Most importantly, I remembered other instances in my life when I felt similarly stressed and apprehensive before significant events, most notably my transcontinental bicycle ride a decade ago, only to be happy that I had followed through. In the early morning hours of June 1, 2006, my best friend drove me to a Seattle beach, my bicycle and backpack in the trunk. Sometimes he reminds me just how petrified I looked as we sat there waiting for the other riders to arrive. Indeed, part of me wanted to curl up in the fetal position in his passenger seat and ask him to drive me back to Seattle-Tacoma International Airport. Out of the 4,024 miles I traveled between Seattle and Boston, the most difficult span was the step out of his car, but I am so glad I took it.

“If you get out and run,” I told myself, as I remembered my bike trip, “in about six hours you are going to sit back down in this car seat with a medal and a tremendous sense of accomplishment.” So that’s what I did: I got out and ran. Around mile 24, I passed by my car and thought about the pep talk I had given myself early that morning. Soaking wet from the storm but excited and still full of energy, I finished the course with the fastest two miles of my entire race.

As was the case regarding my aforementioned tennis match, my back held up just fine during the marathon. “I don’t know if you fully appreciate how impressive that is after all you have been through in the past few years with your back and the surgeries,” my physical therapist wrote in an email. She may be right, as she can speak better regarding typical clinical outcomes than I can, but by no means did I take being able to complete a marathon for granted. Finishing was emotional, not just because of how close I came to backing out of the race that morning, but because for a long time I thought I would never cross another marathon finish line again.

Three days after the race, I returned to my surgeon’s office for a routine follow-up appointment. “I brought something to show you,” I told him, as I reached into my jacket pocket and retrieved my finisher’s medal. “Wow,” he laughed, “That’s amazing!” Back in March, he had gently told me my days of running marathons were probably over. He was right; they probably were.

Walking from the Hynes Convention Center subway stop to its namesake for the final day of the Cardiometabolic Health Congress, I remembered limping the same route three years earlier, physically unable to continually walk the two blocks without pausing for my back pain to die down.

About a week before that day in 2013, I went to bed feeling fine, but in the morning I stood up from bed and almost fell over due to a sudden onset of severe pain radiating down my leg. Over the next few days, I hoped the symptoms would resolve as spontaneously as they arose, that I would similarly go to bed and wake up in the morning feeling back to normal. As I struggled to walk from the subway to the convention center, however, reality set in that a rapid recovery was not in the cards and I might be in serious trouble.

Thus began my three-year saga of doctors, injections, medicines, physical therapy, alternative treatments, surgical consults, operations, setbacks, and rehab that led to the present. This road has no end, as I will always have to be mindful of my back, take care of it as best I can, and live with the uncertainty that someday I may run into trouble with it again despite my efforts, but I am very happy and thankful to be where I am today. 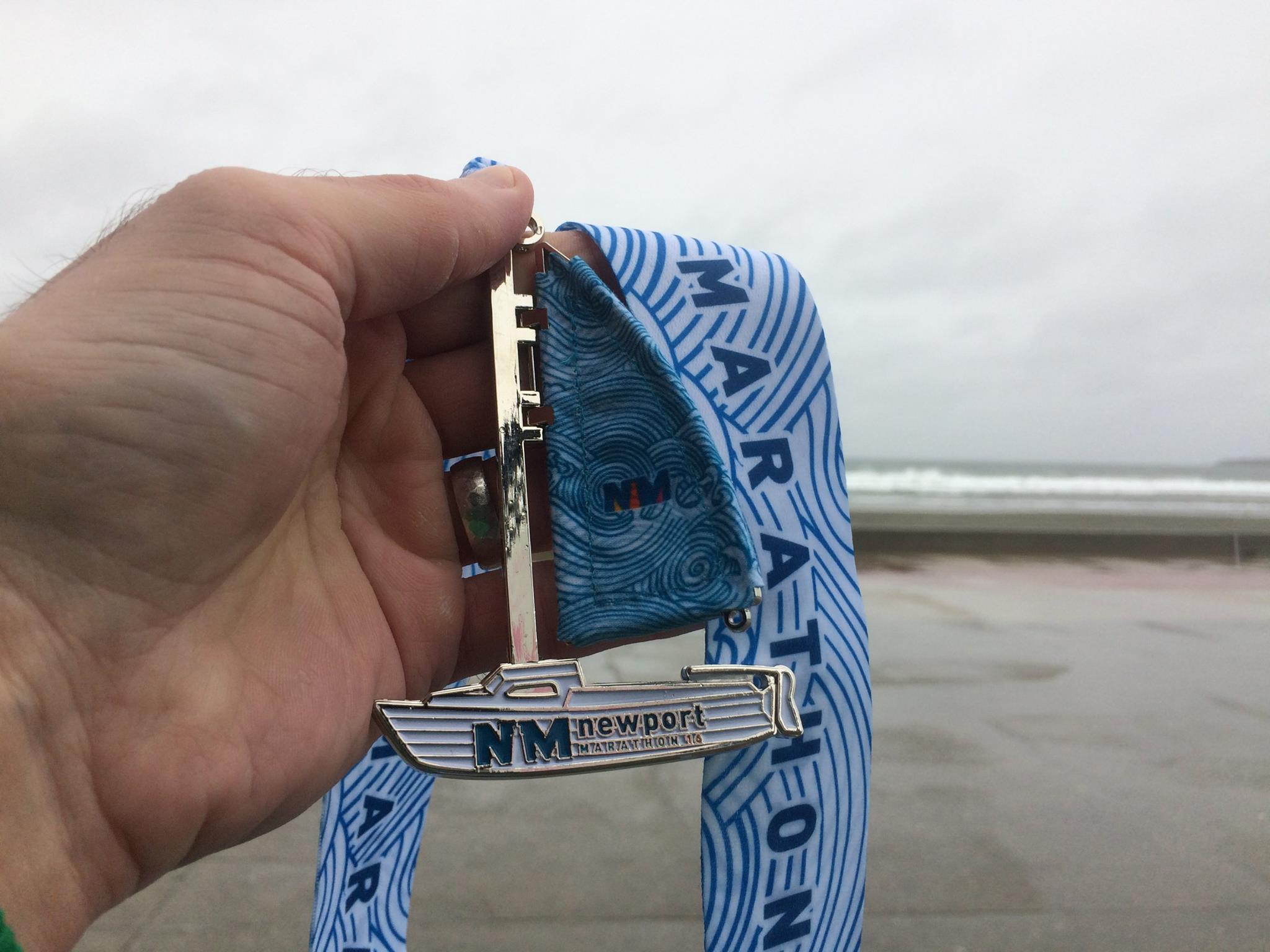 2 thoughts on “One Week in October”